K-9 Search & Detection was contracted to support the New York Air Show in Calverton, New York with Explosive Detection K-9 Services. K-9’s were used to check cars and trucks entering the interior of the jetpark, as well as to check aircraft open for display to the public on the tarmac. The weekend-long event went without incident and a great time was had by all!

Thanks to all who stoped by our booth to say hi to the K-9’s and their handlers! 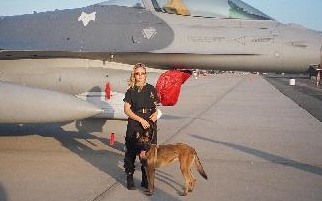